Easter 2014 was spent in Mexico, just Brad and I, having the time of our lives and soaking up the sun.

Why oh why couldn’t we be here again!

This year could not have been more opposite. Yes, it was just Brad and I again but not even close to as heavenly haha First of all, the weather was cold and windy, we even woke up to snow Sunday morning! Second of all, it was not our weekend OR our Easter with our kids, and third, I had to work the entire weekend.

Dont get me wrong, I love my alone time with my husband but it makes for a really weird feeling on holidays. It was also weird as this was the first Easter in my life I have ever worked.

We kicked it off on Thursday evening  by doing our shopping for our kids. Nothing too extravagant, just little things that they’ve been wanting. The boys got new FOX ball caps and the girls got a fish tank for their room and 2 fish each

Ok, this was a little extravagant

Friday I went to work and lucky Brad had the day off. Unfortunately for him he gets very bored when he’s home alone. Fortunately for me, his boredom resulted in a very clean house for me to come home to. Yay! After work we headed to a BBQ at my inlaws with my brother and sister in law and our adorable nieces. I stuffed myself silly! Even though there was only 2/4 of the brothers there, brotherly love was all around us

On Saturday Brad took advantage of me being at work all day and headed to a nearby ski hill with a good friend of his to “kick it old school” (his words not mine) and spend the day snowboarding, riding snow mobiles and whatever else they did back in the day. I should’ve known this is where the “boring” part of our weekend would end. On my way home from work Brad called to tell me he had a really bad crash and thought he’d broken some ribs. I wasn’t even surprised. This is how pretty much every outing like this ends for him and of course, he refused to go the hospital. He spent the night whimpering and groaning which meant I spent the night listening to it and not sleeping.

Sunday morning came way too early but it brought some sense to Brads head and he realized he needed to get to the ER. A few hours later he got himself there and found out it was a couple cracked ribs and lots of damaged muscles and tissue. That however did not stop him from driving to the city and picking me up from work so we could get fish for the girls new tank. It also didn’t stop him from going to work on Monday (today). The man is crazy haha

Finally 3:00 Monday afternoon rolled around and it was time to pick up our kids and get our belated Easter started! The kids had a note waiting for them from the Easter bunny with three surprises each hidden around our house and of course they were more than excited about it and the gifts from us. I cooked a ham dinner for the 6 of us and FINALLY it started feeling like Easter!

2 thoughts on “Not the Most Exciting Easter” 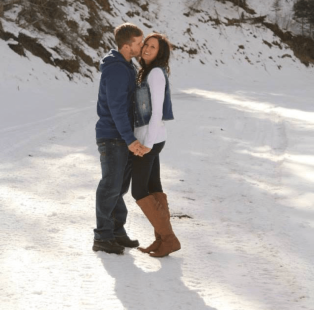 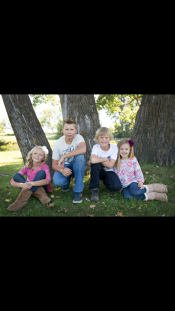 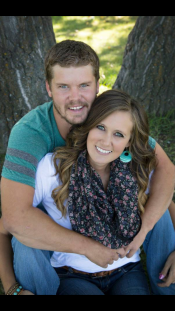