Ahhh I’m so far behind on this! We’ve been so busy having a blast that I’ve had zero time to post. So, here’s a little catch up on day 5 & 6.

DAY 5: We made it to Newport Oregon just in time to catch a whale watching excursion. As we waited on the pier we saw a few sea lions swimming around in the bay, it gave me and Jess high hopes of seeing whales, the one thing we REALLY wanted to see on this trip.

Can you see it’s head sticking out?

We excitedly boarded the boat and headed out to the open ocean. The water was way choppier than the captain had expected and the boat soon became a roller coaster. It sure made for an exciting ride! We weren’t out for long before the captain said it was too rough and we had to head back in. We were so disappointed. We didn’t see one whale, but it was gorgeous scenery.

Next we decided to go for lunch at a seafood restaurant we thought the boat staff had recommended across the street from the pier. I had promised myself I would try fresh seafood on this trip because I generally stay away from it. We ordered an appetizer of battered crab bites and deep fried crab and cream cheese. Holy was I ever surprised! They were delicious! 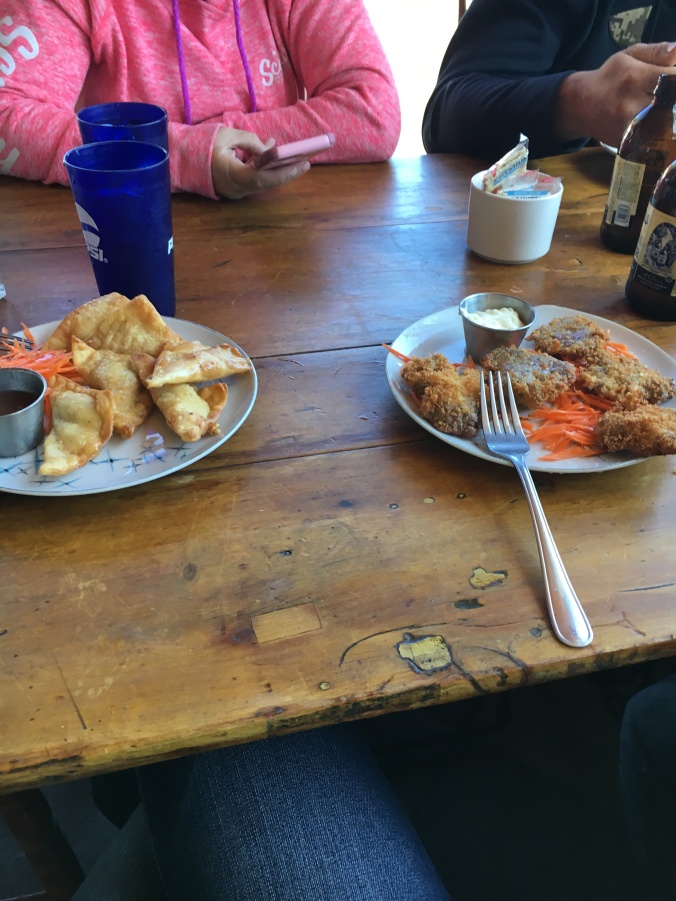 We began to realize this restaurant was really just a few tables in a lady’s house entry way. Then Brad came back from the bathroom and told us the back of the house was disgusting! We were getting very nervous about this place. As the lady brought our food, we were ready to eat and get the heck out, except she forgot Brad’s food and he had to go into the kitchen area and remind her haha as soon as we were done eating we headed down the street and soon found out we were NOT at the restaurant the whaling company suggested! We all started hoping we didn’t end up with food poisoning.

Our next stop was the Ripley’s Believe it or Not Museum. It had all kinds of crazy facts and stories and interactive exhibits.

Our tickets also included the wax museum and an underwater adventure Pass where we got to go in a building under sea level and watch a very informative scuba diver show and tell all the different sea life. 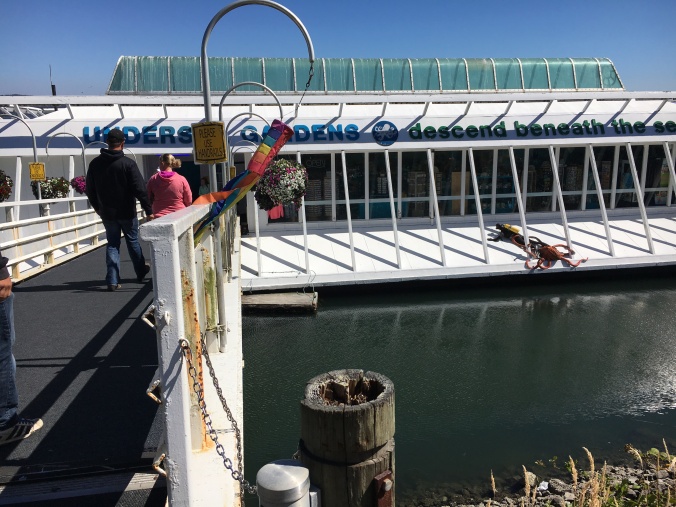 After we had seen all the in town attractions, we decided to back track about 15 mins to a lighthouse we heard had lots of whale sightings and to the devils punch bowl. It had become incredibly windy and cold. To add to it, the tide was low so the devils punch bowl had no water in it and we also, once again, didn’t see any whales from the light house. 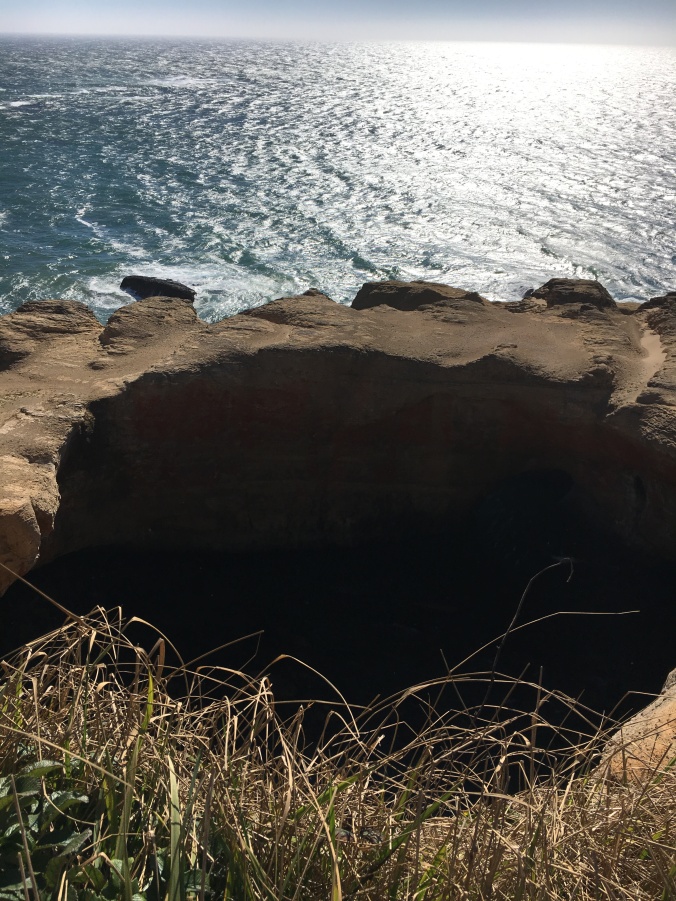 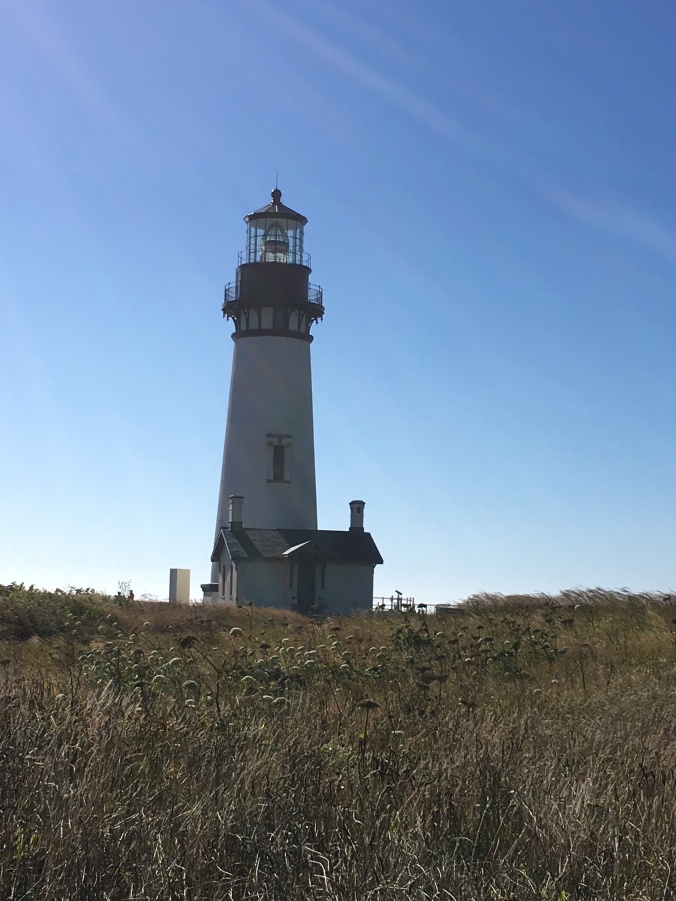 This no whale thing was getting really frustrating. We headed back to town since we had decided to stay in New port for the night. We checked in to our motel and went to the local pub for drinks and shuffle board. Eventually we were all hungry and set out on foot to find food. We walked all over the town for what seemed like hours, only to find everything closed. We settled on ordering pizza to our hotel room and going to sleep, only after deciding that instead of going to Reno after the Redwoods, we would head through San Francisco and down to Santa Cruz.

DAY 6: We were up and ready to hit the aquarium before we left town. Me and Jess were stoked because when we googled it, there were pics of a whale. We saw seals and birds, sea creatures and really cool fish but google had lied to us, not one whale! 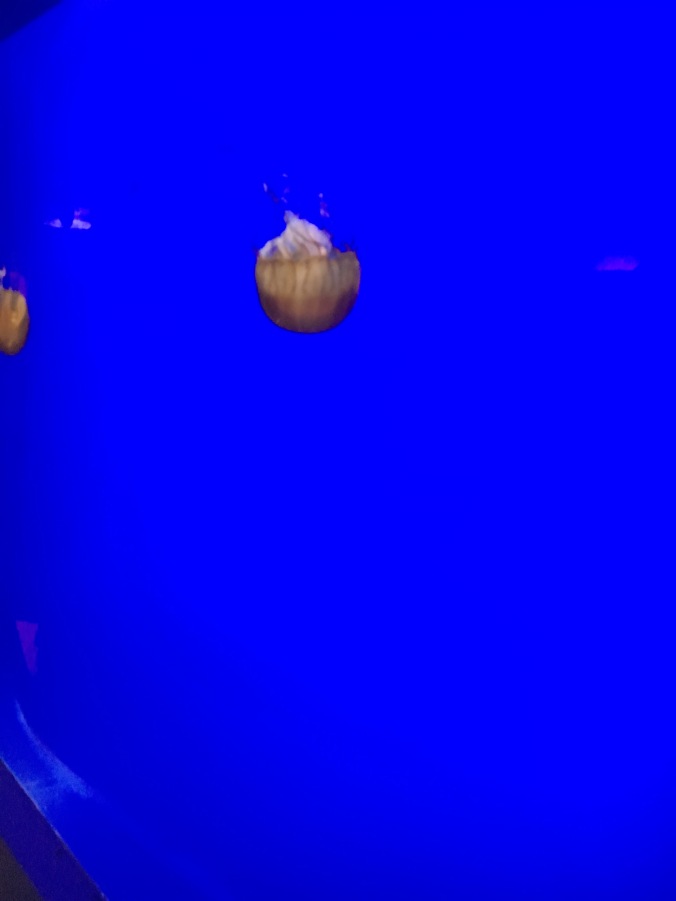 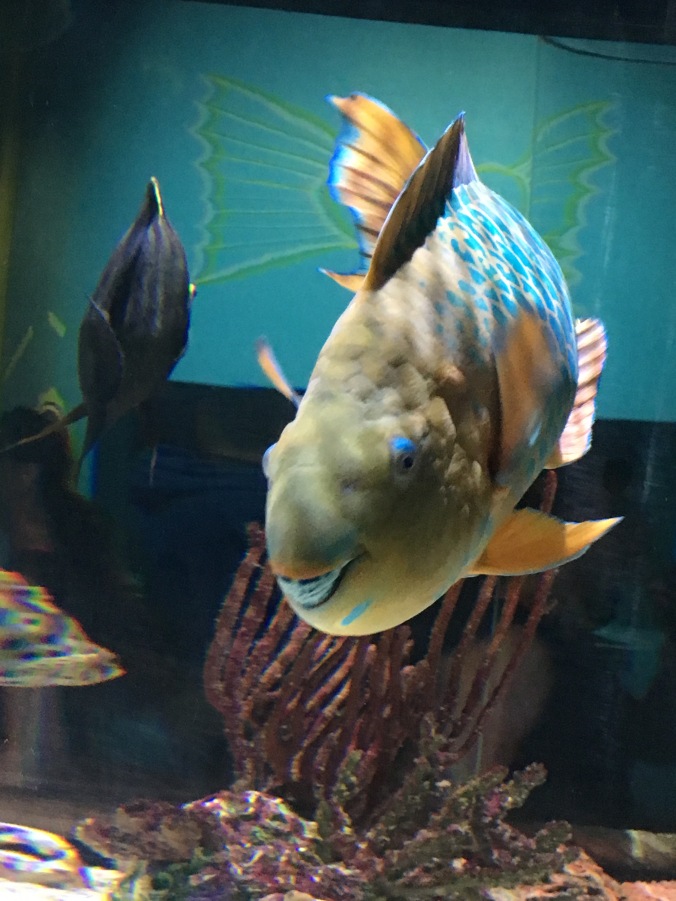 After the aquarium, we hit aquarium village to look for souvenirs but didn’t find much so we figured we better get on the road because we had lots of driving to do.

Just outside of Coos Bay we stopped to rent a side by side and ride the sand dunes. It was the one thing Adam really wanted to do. Adam and Jess had a blast, Brad and I spent most of the time sitting in the shade trying not to puke all over the sand.

I don’t know what I was thinking, obviously the ups and downs of the dunes would be like a roller coaster and those always make me sick. Our hour was up and we headed into the city of Coos Bay so Adam could stop at the Harley store and so we could eat. I had had the worst craving for spaghetti for about 3 days so we drove until we found an Italian restaurant called Little Italy. It was exactly what I wanted but the portions were outrageous! 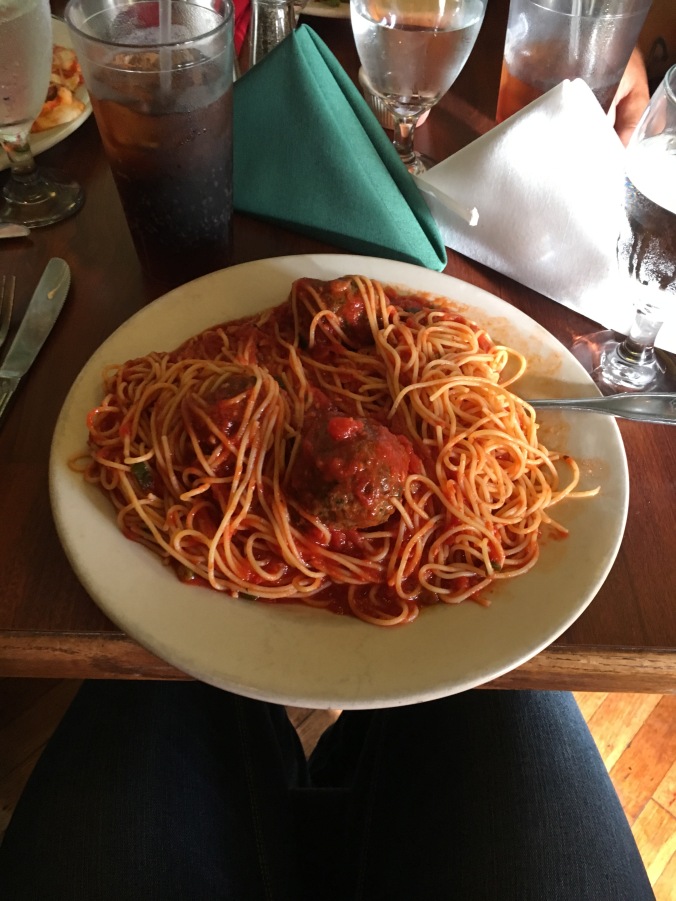 We were running behind to get to our next stop of Brookings where we were staying for the night. We drove as fast as we could but it still got dark on us and we just about froze to death. Once we arrived we all had hot showers and dove into bed super excited to be heading to California the next day. 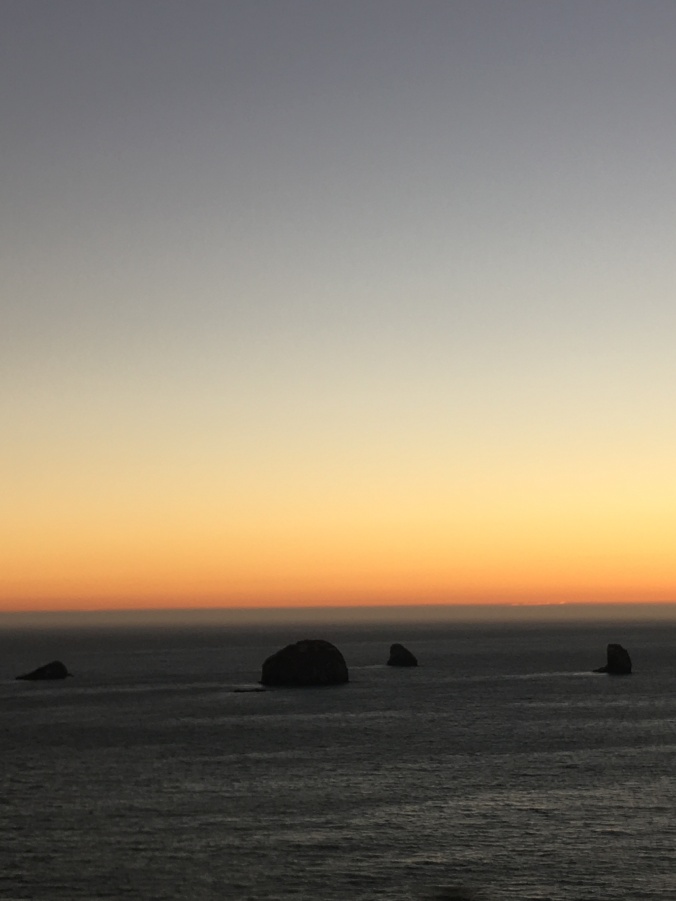 The dark was crappy but the sunset was beautiful!

Stay tuned for a catch up of the next few days of our trip!